Taylor and Kaden fight fang and claw to keep their freedom--Not an easy task when you and your best friend are rogue female Werewolves coveted by any pack that catches their unclaimed scent. Their freedom streak may come to an end soon when they unknowingly walk into the... Read more...

For seventeen year old Ailith, grief and pain are the only constants in her life, other than the two girls she’s sworn to protect.     After being sold into slavery by the people who were supposed to love her, she works and suffers through the torture. In the hope... Read more...

Fallen angels, pure angels we all know what they are. But there is one angel that is both, but neither. Born from both and yet born to earth. An angel with the mentality and free will of a human. So of course this powerful being must be monitored by both sides. Who better... Read more...

Sins of Our Father

Two millennia ago, eight powerful crafters of magic ruled Mris. They stole that which was the worlds, and locked it away for their own benefit. Magic itself. Then came the war. The lands were devastated, and the artifacts lost along with magic. Two thousand years later,... Read more...

"Pride and Prejudice" is a popular classic romantic tale by Jane Austen. It follows the Bennet sisters, but more specifically Elizabeth Bennet, in this tale of love and misunderstandings.

All eBooks from BookRix self-publishers on Amazon: 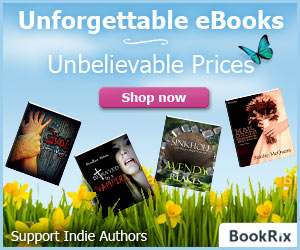 I agree I do not agree