A History of Rome, Vol 1

During the late Republic and early Principate By: A H. J. Greenidge 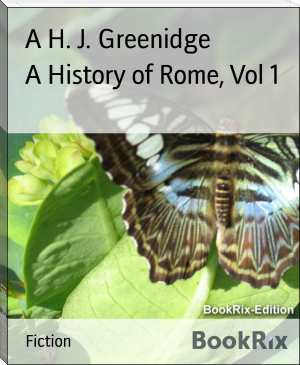 This work will be comprised in six volumes. According to the plan which

I have provisionally laid down, the second volume will cover the period

from 104 to 70 B.C., ending with the first consulship of Pompeius and

death of Caesar; the fourth volume will probably be occupied by the

Third Civil War and the rule of Augustus, while the fifth and sixth will

cover the reigns of the Emperors to the accession of Vespasian.