A Dream of Unknowing

Tales from a Carpathian Witch By: A Hanson 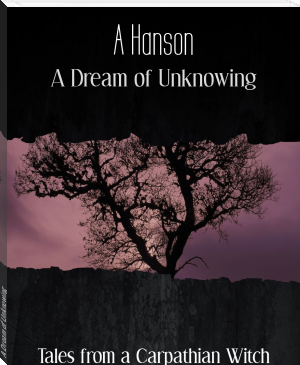 In the winter of 2012 a series of recording were made in the small hamlet of Osikovce, West Carpathians. The subject of the recordings was a man called Marus Pohansky, considered by many to be one of the last true Carpathian Witches. Descended from a long line of Pagan practitioners he lived according to a philosophy that would have been familiar to his ancestors, yet without the pretension often found in modern or new age "guru's". He was a man who simply did what he and his family had always done.
Not much of a teacher, he often told stories and it was only after a while that I began to realise the nuggets I was looking for were buried somewhere in these innocuous tales.
This is a book of four of his tales. They are true stories, according to Marus, and involve real life characters. The places are certainly real enough as I have visited them myself, but as for the tales.....well, who knows. However, whether the stories are true or not, they were believed by Marus and many local people; and wrapped within tales are perhaps deeper memories of times and ways of being which may soon pass.

I liked what I read so far of the free reading sample very much. Reminds me of Jules Verne's style of introducing characters. Can't wait to put my feet up and delve into the remainder of this book.

That's kind of you...thanks for the encouragement.