CHANCELLORSVILLE AND GETTYSBURG CAMPAIGNS OF THE CIVIL WAR - VI 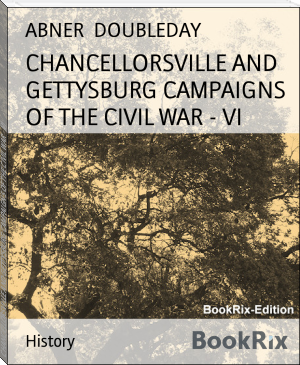 Abner Doubleday (June 26, 1819 – January 26, 1893) was a career United States Army officer and Union general in the American Civil War. He fired the first shot in defense of Fort Sumter, the opening battle of the war, and had a pivotal role in the early fighting at the Battle of Gettysburg. Gettysburg was his finest hour, but his relief by Maj. Gen. George G. Meade caused lasting enmity between the two men.