True Tales Of Arctic Heroism In The New World (Illustrated) 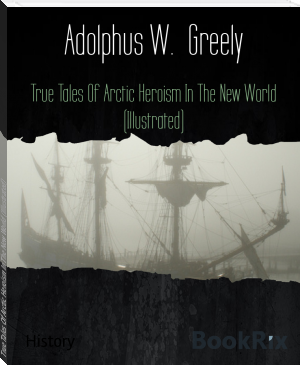 In 1881, First Lieutenant Greely was given command of the Lady Franklin Bay Expedition on the ship Proteus. Promoted by Henry W. Howgate, its purpose was to establish one of a chain of meteorological-observation stations as part of the First International Polar Year.The expedition also was commissioned by the US government to collect astronomical and polar magnetic data, which was carried out by the astronomer Edward Israel, who was part of Greely's crew. Another goal of the expedition was to search for any clues of the USS Jeannette, lost north of Ellesmere Island.

Greely was without previous Arctic experience, but he and his party were able to discover many hitherto unknown miles along the coast of northwest Greenland. The expedition also crossed Ellesmere Island from east to west and Lt. James B. Lockwood and David L. Brainard achieved a new "farthest north" record of 83°23'8".

In 1882, Greely sighted a mountain range during a dog sledding exploration to the interior of northern Ellesmere Island and named them the Conger Range. He also sighted the Innuitian Mountains from Lake Hazen.

Two consecutive supply parties failed to reach Greely's party encamped at Fort Conger on Ellesmere Island in 1882 and 1883. In accordance with his instructions for this case, Greely decided in August 1883 to abandon Fort Conger and retreat south with his team. They reached Cape Sabine expecting to find food and equipment depots from the supply ships, but these had not been provided. With winter setting in Greely and his men were forced to winter at Cape Sabine with inadequate rations and little fuel.

A rescue expedition, led by Capt. Winfield Scott Schley on the USRC Bear (a former whaler built in Greenock, Scotland), was sent to rescue the Greely party. By the time the Bear and ships Thetis and Alert arrived on June 22, 1884, to rescue the expedition, nineteen of Greely's 25-man crew had perished from starvation, drowning, hypothermia, and, in one case, gunshot wounds from an execution ordered by Greely.

Greely and the other survivors were themselves near death; one of the survivors died on the homeward journey. The returning survivors were venerated as heroes, though the heroism was tainted by sensational accusations of cannibalism during the remaining days of low food.