No One Can Know - Excerpt 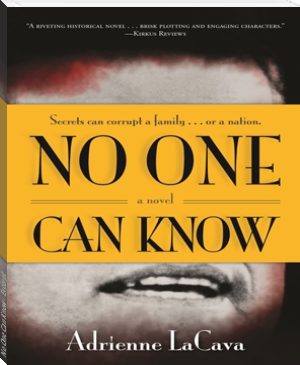 Weary of Cold War politics, CIA operative Gabriel Haines can't wait to leave the Company life for a job on his friend's isolated Texas ranch. All he needs to do is go to Dallas and seal the deal. But when President John F. Kennedy is assassinated just yards from where Haines stands, the former agent finds himself in tighter crosshairs than ever before. Keeping a low profile on the ranch couldn't come at a better time.

Motherless preteen Ivy Jean Pritchard is a worrier, but she's trying hard not to be suspicious when her father sends her to spend the weekend on a ranch with family she's never met. And with her troublemaker teenaged cousin, high-society aunt, and her uncle's mistress on the scene, it promises to be more than the western adventure Ivy had anticipated.

Now, marksmen have tracked Haines to the ranch, getting the entire family involved in something very adult and very worrisome. When the weekend turns deadly, Haines and Ivy Jean are the first to learn that secrets, especially those devised and perpetuated "for the good of us all," can breakdown a family--or a nation--in the blink of an eye.