A Book for All Readers An Aid to the Collection, Use, and Preservation of Books and the Formation of Public and Private 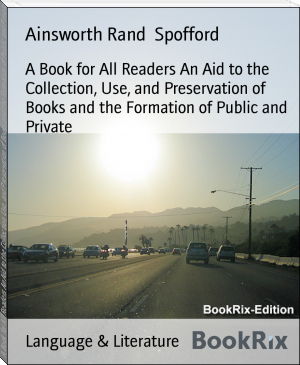 Ainsworth Rand Spofford was an American journalist and publisher. He was the sixth Librarian of the United States Congress from 1864 to 1897. Spofford was born in Gilmanton, New Hampshire. Ill health prevented him from attending Amherst College. He instead, at age 19, moved to Cincinnati, Ohio, where he became a bookseller, publisher, and newspaper man. In 1849 Spofford founded the Literary Club of Cincinnati, which still exists. In 1851, in response to the Fugitive Slave Law, he published the pamphlet The Higher Law