A Book For All Readers 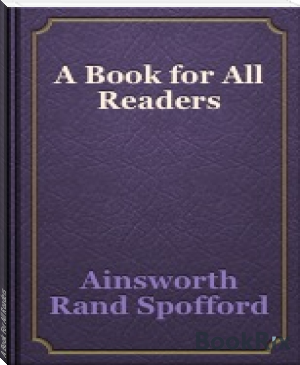 Ainsworth Rand Spofford (12 September 1825 – 11 August 1908) was an American journalist and publisher. He was the sixth Librarian of the United States Congress from 1864 to 1897.Spofford was born in Gilmanton, New Hampshire. Ill health prevented him from attending Amherst College. He instead, at age 19, moved to Cincinnati, Ohio, where he became a bookseller, publisher, and newspaper man. In 1849 Spofford founded the Literary Club of Cincinnati, which still exists. In 1851, in response to the Fugitive Slave Law, he published the pamphlet The Higher Law, Tried by Reason and Authority which argued that "Injustice is the only treason; no law can legalize it, no constitution can sanction it." Readers included Ralph Waldo Emerson, who shared Spofford's antislavery principles. In 1859 Spofford became associate editor of the Cincinnati Commercial. He was also active in Republican party politics and was a delegate to the nominating convention of John Charles Frémont in 1856.