Keepers of The Forest 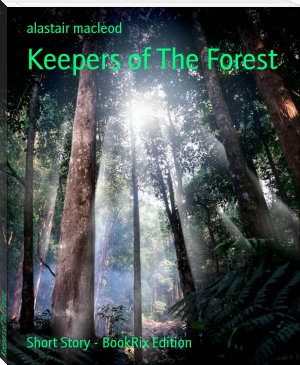 "He was about to start on a new set when he discovered he was low on wood. There was a little piece of African blackwood but all the ebony was gone on the last set. He was pleased about them – they played beautifully. They’d gone to Australia poor things. The heat, what would it do to them? Still at least the chap could play. Uillean pipes are sensitive to humidity. They might be alright. Where was it they went? Brisbane, it was humid there, subtropical, the chap had said.
“Dermot,” the call came again. This time he heeded it and went through to the kitchen. His workshop, a converted garage, was right next to the kitchen. Handy in some ways but it meant you were a little too accessible.
“You planning another set? said Niave his wife.
“It’s the wood, I’ve run short.” he replied.
“You know,” said Niave who was a primary teacher, "my class are doing the rainforest right now and these tropical hardwoods you use are from the rainforest.”
“So? He said.
“Well, they take a long time to grow, especially that African Blackwood and Ebony, and that Brazilian mahogany.”
Dermot sighed. His wife often saw a moral issue in the everyday things of life.
“But Niave, you see, they’re the best for the pipes. African Blackwood gives a good crisp sound and Ebony, well it gives a little softer, mellower tone.”
“What will you do when there’s none left? She retorted. And another thing; each tree supports lots of other creatures, insects, birds, frogs.”
“Frogs! Get away.”
“Tree frogs,”she replied"