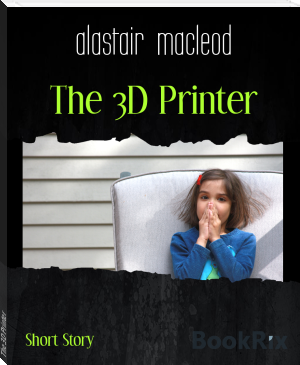 " It was Saturday. Dad was still at work. Antonella, home from primary school, had been idly reading. Mama was working at the shop.
Antonella’s dad was an engineer, a gadget geek, veramente modernissimo, always up on the latest thing. He was probably sending something from the design studio.
The printer, a large rectangular metal cabinet about a metre high, stood against the wall. It was like a photo copier. It had a glass lid so you could look inside and see it in action.
When he had brought it home and explained what it could do, he had also said, “Non Toccare.” She was not to touch.
Antonella queried her father how useful it would be.
Could it produce food she asked? A machine that could save on the carrying and fetching might be an advance. But no, not food. Too complex a molecular structure. Knives and forks? Yes. Simple jewellery? Yes. Plates, cups and saucers? Yes. Keys? Yes. A plant? No. Make up? No. A person? No.
He had loaded up, into its memory bank, a large number of items that she might need. Also, on the touch screen, was a product menu, voice activated, and, he said, eventually, she could operate it that way. He would tell her when."