and other Dragon tales By: Alastair Macleod 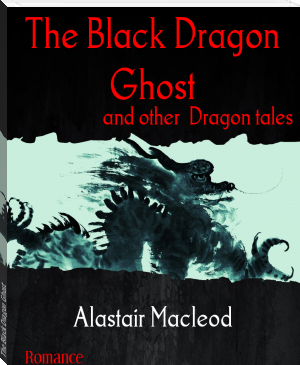 "She had imagined many things about Li Ban but she shuddered at his death. He had tried to outrun the Black Dragon and failed.
Each year young men ran before the great wave that sweeps up the Quintang River on the full moon. It was foolish and daring. Li Ban had tripped then fallen. For a second, her courtiers had told her, he lay there in his fine clothes face down in the mud then the brown waters churned over him. His body was not recovered.
The court counsellors were quick to read this sign. “It was not meant to be, this marriage – he was full of bad luck. “
But one of her handmaidens, Precious Jade, had said he was handsome and elegant.”

"Her hero from her book was a rich and magical youth who wandered the world collecting tales wherever he could and retelling them. She shut herself up in her room for long periods to read about him and his adventures.

Then one day she read a mysterious story he had written himself.

“If a person wants some thing, or another, they have only to ask” said the character in that tale. “The way,” he continued, “that the universe works, a person can send out a signal into the ether and it will most often be answered.”