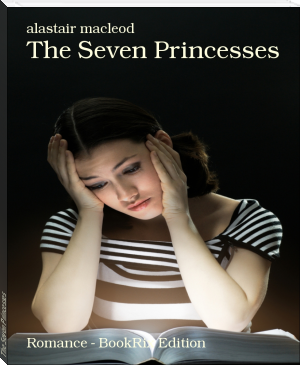 "The seventh princess, who lived in a remote castle, in a mountain region, met no real young men; the only young men she encountered were in the stories that she read. Her hero from her book was a rich and magical youth who wandered the world collecting tales wherever he could and retelling them.
She shut herself up in her room for long periods to read about him and his adventures.
In his stories he told, not just of beautiful princesses, but of jealous princesses, naive princesses, frisky princesses, demanding princesses, cursed princesses, brainy princesses, warrior princesses, healing princesses, coquettish princesses, enlightened princesses, even sleeping princesses, but he never, ever, mentioned her type of princess, a hidden princess, waiting to be discovered, waiting to be loved, lost in the tentacles of time.
Then one day she read a mysterious story he had written himself.
“If a person wants some thing,.. or another, they have only to ask,” said the character in that tale.
“For this is the way that the universe works," he continued, "if a person sends out a signal, or a wish, into the ether, then it will most often be answered.”
Buoyed up by this new concept the seventh princess made a wish and asked that her hero, the story teller, be delivered to her."


This eBook is available at the following stores (among others):