THE MANGA MAN - A NOVEL OF NEUROFUTURE 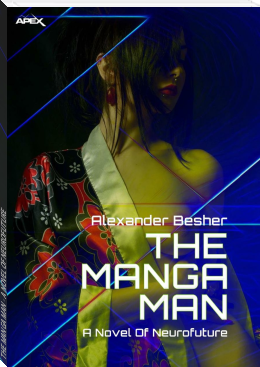 I’m here to participate in the live study of an electromagnetically-induced earthquake. This one registered at a whopping 13.2 points on the Tesla Scale. That’s never happened before. An E-’Quake is the perfect super-weapon. Who would ever suspect it? It’s both invisible and untraceable. Oh, nature has been manipulated for reasons of state before. Take the ‘Great Gobi Sandstorm’ of 2032, for example. Hundreds of thousands of rebel Muslims were buried alive in China’s Far West Xinjiang Province. That was a beta-test for a certain type of military operation. But that event occurred almost thirty years ago when the science was still primitive. It was messy. Too messy. How do you explain all that real-time sand turning into mud?

The Manga Man – the new novel by Alexander Besher (born in China in 1951), author of the RIM trilogy (nominated for the 1994 Philip K. Dick Award; illustrated by German artist Christian Dörge.