Studies Of The Activities And Influences Of The Child Among Primitive Peoples, Their Analogues And Survivals In t By: Alexander F. Chamberlain 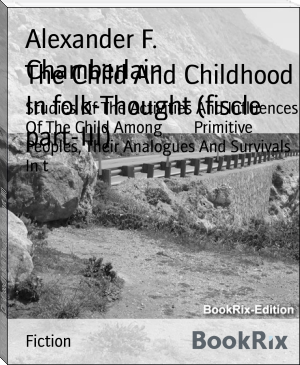 Alexander Francis Chamberlain (1865 – 1914) was a Canadian anthropologist, born in England. Under the direction of Franz Boas he received the first Ph.D. granted in anthropology in the United States from Clark University in Worcester, Massachusetts. After graduating, he taught at Clark, eventually becoming full professor in 1911. Under the auspices of the British Association, his area of specialty was the Kootenay (British Columbia) Indians.

He was well known in anthropology for his bibliographic work, compiling the lists of new books and articles that appeared in the early issues of the American Anthropologist and later the Journal of American Folklore.