Expositions Of Holy Scripture: The Acts 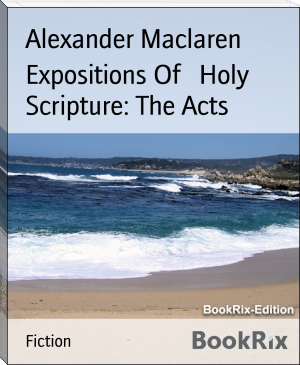 Alexander Maclaren (11 February 1826 – 5 May 1910) was an English non-conformist minister of Scottish origin.
Maclaren was born in Glasgow, Scotland, the son of David Maclaren, a merchant and Baptist lay preacher.[1] In 1836, his father went to Australia where from 1837 to 1841 he served as Resident Manager of the South Australian Company, leaving his family in Edinburgh. During his father's absence Maclaren was converted and publicly baptized into the fellowship of the Hope St. Baptist Church, Glasgow, some time between the ages of eleven and thirteen.[1][2] He was educated at the Glasgow High School, and Glasgow University,[2] and on the return of David Maclaren from Australia, the family moved to London.[1] In 1842, at the age of sixteen, Maclaren entered Stepney College, a Baptist institution in London.[1][2]