The Russian Revolution; The Jugo-Slav Movement 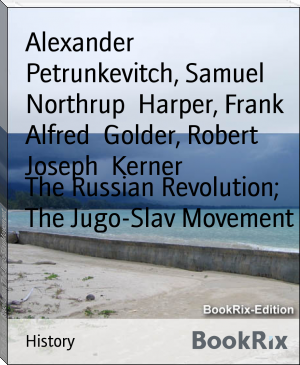 Alexander Ivanovitch Petrunkevitch (Russian: Александр Иванович Петранкевич, born December 22, 1875 in Pliski near Kiev, now Ukraine – died March 9, 1964 New Haven) was an eminent Russian arachnologist of his time. From 1910 to 1939 he described over 130 spider species. One of his most famous essays was "The Spider and the Wasp." In it he uses effective word choices and some comic touch.