The Man in the Iron Mask (Unabriged) 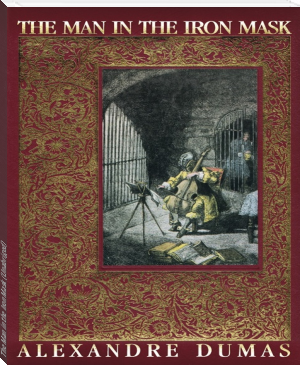 The Man in the Iron Mask continues the tale of our four heroes from The Three Musketeers, Dumas's wildly popular introduction to the mischievous Musketeers – D'Artagnan, Aramis, Porthos, and Athos. In this dark sequel, we track their lives many years after the prodigious moment when D'Artagnan receives a commission to be a lieutenant in the Musketeers. We find in The Man in the Iron Mask that things have changed quite a bit from the seeming happy days of swashbuckling adventures.

The story opens at the famous French prison known as the Bastille. A priest named Aramis – a former Musketeer – is sitting in a cell with a prisoner. It seems that Aramis is at the prison to hear the man's confession. The prisoner, however, doesn't have anything to confess, because his only crime is being the King of France's twin brother. Aramis happens to be one of the few people in France who knows this secret. Aramis wastes no time in putting together a plan to free this prisoner and swap him for the legitimate king. Once the former prisoner becomes king, Aramis hopes to be rewarded by being appointed adviser to the King, prime minister, or even pope.

Meanwhile, let's get up to speed on the situation with the real King. We have a colorful cast of characters at court. There's King Louis's mother, Anne of Austria, his younger brother (known as Monsieur, with a capital 'M'), his wife Maria Theresa, and his mistress, a woman named La Valliere. Then there's the Superintendent of Finances, a man by the name of Fouquet, who's throwing a party at Vaux in an attempt to ingratiate himself with the King. Among those who would like to see Fouquet swimming with the fishes is a man named Colbert, the Minister of Finances. To round off courtly life, we have D'Artagnan, captain of the King's Musketeers.