Fred Fenton On The Track 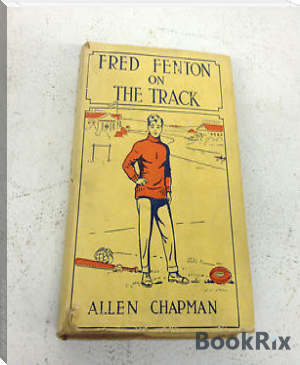 Allan Chapman FRAS (born 30 May 1946) is a British historian of science.

Allan Chapman was born in Swinton, Lancashire, England and grew up in the Pendlebury and Clifton districts of the then Swinton and Pendlebury borough. Having attended the local Cromwell Road Secondary Modern School for Boys (now The Swinton Academy), Sefton Road, Pendlebury (1957–1962), he then gained his first degree from the University of Lancaster. Subsequently he undertook a history of science DPhil at Wadham College, Oxford. He is a historian by training and his special interests are astronomy and scientific biography.

Chapman has been based at Oxford University for most of his career, as a member of the Faculty of History, based at Wadham College.[1] He is an accomplished lecturer and public speaker (including as visiting professor at Gresham College in London). In January 1994, he delivered the Royal Society history of science Wilkins Lecture, on the subject of Edmund Halley.

He is also a television presenter, notably Gods in the Sky,[2] covering astronomical religion in early civilisations, and Great Scientists,[3] presenting the lives of five of the greatest thinkers. Not averse to other forms of television, he also participated in the TV quiz University Challenge – The Professionals as part of the Royal Astronomical Society team, broadcast in June–July 2006.

He has written many books including biographies such as England's Leonardo on Robert Hooke.[4]