To Be or Not to Be

It's a Question By: Amethyst Bronx 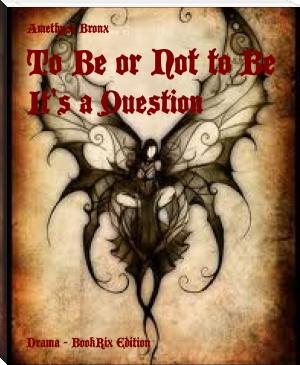 It's back to monarchy in the 53rd century, and Queen Hailey has been chosen to rule. Meanwhile, 3,500 miles under her home, Gaea, or Mother Earth, decides to eliminate the few humans still inhabiting the Earth, with a supersonic planned magical earthquake. The results are devastating to the royal Queen, as her daughter dies, leaving her all alone. One thing she does realize, however, is the fact that the handful of people who have survived are stonger, physically, mentally, or spiritually. With the help of the Queen of the Death Gods, a few friends she didn't know she had, and an unexpected miracle, will she hopefully continue the human race? Or will the population be destoyed completely and eternally by the revengefull Gaea?

i updated this book. bye. mi brother is trying to kill me