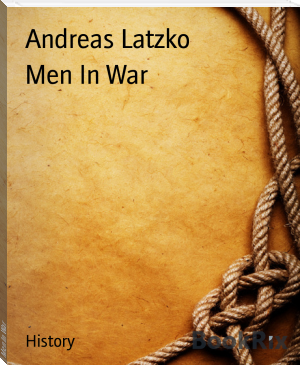 The time was late in the autumn of the second year of the war; the
place, the garden of a war hospital in a small Austrian town, which lay
at the base of wooded hills, sequestered as behind a Spanish wall, and
still preserving its sleepy contented outlook upon existence.

Day and night the locomotives whistled by. Some of them hauled to the
front trains of soldiers singing and hallooing, high-piled bales of hay,
bellowing cattle and ammunition in tightly-closed, sinister-looking
cars. The others, in the opposite direction, came creeping homeward
slowly, marked by the bleeding cross that the war has thrown upon all
walls and the people behind them.