The American Indian As Participant In the Civil War 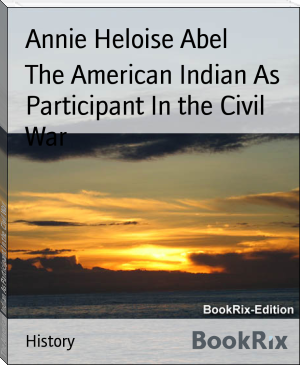 Annie Heloise Abel (February 18, 1873 – March 14, 1947)[1] was a history professor.[2] After her marriage she was also known as Annie Heloise Abel-Henderson. One of the ablest women historians of her day, she was an acknowledged expert on the history of British and American policy toward natives. Historians consider her most important work to be the three-volume The Slave Holding Indians.[3] She studied British policy toward natives throughout the British Empire, not just in the new world.
The American Historical Association awarded her the Justin Winsor Prize in 1906 for her manuscript The History of Events Resulting in Indian Consolidation West of the Mississippi River.