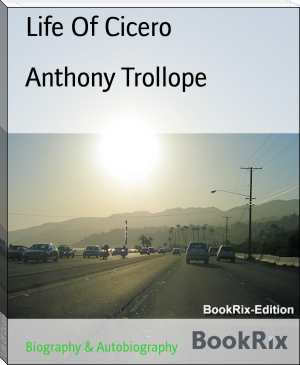 There Are Six Episodes, Or, As I May Say, Divisions In The Life Of
Cicero To Which Special Interest Attaches Itself. The First Is The
Accusation Against Verres, In Which He Drove The Miscreant Howling Out
Of The City. The Second Is His Consulship, In Which He Drove Catiline
Out Of The City, And Caused Certain Other Conspirators Who Were Joined
With The Arch Rebel To Be Killed, Either Legally Or Illegaly.