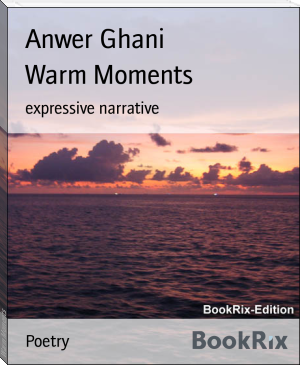 Anwer Ghani wrote poetry when he was fourteen years old, in the year 1987, when he wrote direct rhythmic poetry and classical and traditional subjects. In 1995 he moved on to writing free symbolic poetry and philosophical themes. He started writing an expressive narrative poem of national and popular subjects in 2003 and until now he is writing like this.

Poems 2019 are characterized as simple and social expressive narrative poems, and for this reason he described them as warm poems and the collection is called (Warm Moments).