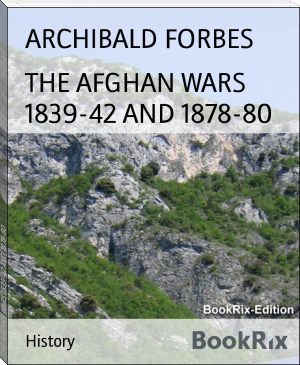 He was the son of Lewis William Forbes, D.D. (died 1854), minister of Boharm, Banffshire, and his second wife, Elizabeth, daughter of Archibald Young Leslie of Kininvie. He was born in Morayshire in 1838.[2]

After studying at the university of Aberdeen from 1854 to 1857, he went to Edinburgh, and after hearing a course of lectures by (Sir) William Howard Russell, the famous correspondent, he enlisted in the Royal Dragoons. While still a trooper he began writing for the Morning Star, and succeeded in getting several papers on military subjects accepted by the Cornhill Magazine.[2]