A History of Sanskrit Literature

By: Arthur A. MacDonell 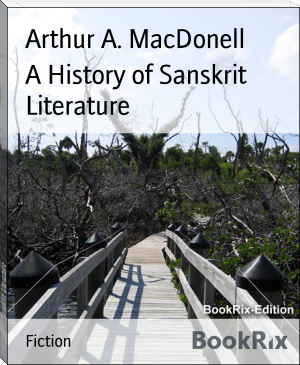 Macdonell was born Muzaffarpur in India the son of Charles Alexander Macdonell, of the Indian Army. He was educated at Göttingen University, then matriculated in 1876 at Corpus Christi College, Oxford, gaining a classical exhibition and three scholarships (for German, Chinese, and the Boden Scholarship for Sanskrit). He graduated with classical honours in 1880 and was appointed Taylorian Teacher of German at Oxford. In 1883 he obtained his PhD from the University of Leipzig, and then became Deputy Professor of Sanskrit at Oxford in 1888, and Boden Professor of Sanskrit in 1899 (a post that carried with it a fellowship of Balliol College, Oxford.[2]

Macdonell edited various Sanskrit texts, wrote a grammar,[3] compiled a dictionary, and published a Vedic grammar, a Vedic Reader, and a work on Vedic mythology; he also wrote a history of Sanskrit.