The Hound of the Baskervilles (Annotated) 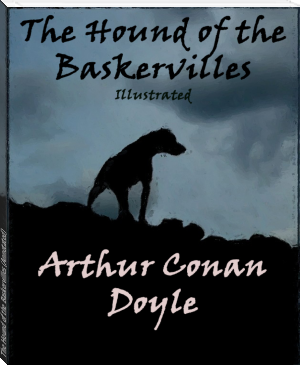 The Hound of the Baskervilles: Illustrated (1902) by Arthur Conan Doyle is the third of four crime novels. Arthur Conan Doyle (1859–1930) was a Scottish physician and writer who is most noted for his fictional stories about the detective Sherlock Holmes.

Originally serialised in The Strand Magazine from August 1901 to April 1902, it is set largely on Dartmoor in Devon in England's West Country and tells the story of an attempted murder inspired by the legend of a fearsome, diabolical hound. Sir Charles Baskerville, a baronet, is found lying dead among yew trees in the grounds of his country house, Baskerville Hall.

The cause of death is ascribed to a heart attack. Fearing for the safety of Sir Charles's nephew and only known heir, Henry Baskerville—who was coming to London from Canada to claim his inheritance—Dr James Mortimer travels from Devon to London, and appeals for help to Sherlock Holmes. Sir Arthur Ignatius Conan Doyle, was a Scottish physician and writer, most noted for his stories about the detective Sherlock Holmes, generally considered a milestone in the field of crime fiction, and for the adventures of Professor Challenger.