By: AUSTRALIA DEPARTMENT OF EXTERNAL AFFAIRS 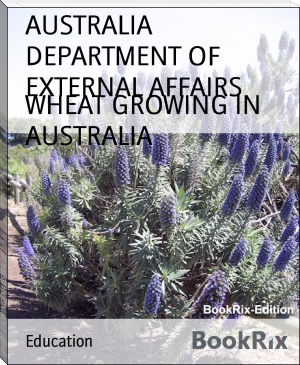 With the growing scarcity of foodstuffs that has become a world-wide feature of the last few years, the wheatgrower is one of the most important necessities in civilisation. He has prospered in the past, but the future holds still greater and richer prospects. And in no country in the world are those prospects brighter than in the Commonwealth of Australia. The world's surface is gradually filling up, and most of the older countries have reached sight of the limit of cultivation, so the world's millions have to look to newer lands to provide them with food. The great island continent in the southern seas possesses a vast area of proven wheat land, as yet untouched by the plough. It lies dormant, fertile, and responsive, awaiting the union of labour and land to yield abundance of food.