A Nephite Story By: B. H. Roberts 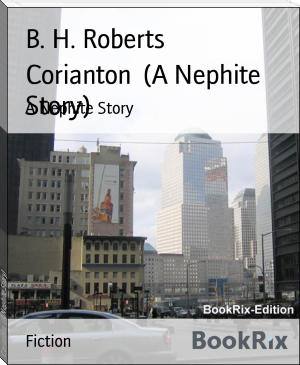 Corianton was first published as a serial in the Contributor, 1889. At
that time the story was well received by a large circle of readers and
the Author was urged by many of his friends to continue in that line
of composition, as much good might come of it. A call came to engage
in other work, however, and the delightful field just entered had to
be abandoned. During the years that have intervened since the first
publication of the story, many have inquired if Corianton would not
appear in booklet form, to which the Author always replied in the
affirmative, but without being able to say when the time of
publication would come. Since the simple Nephite story, however,
promises to become famous through Mr. O. U. Bean's dramatization of
it, many--I may say very many--have expressed a desire of forming the
acquaintance of Corianton as he first appeared; and hence the Author
presents Corianton, the Nephite.