The Philosophy of Spinoza 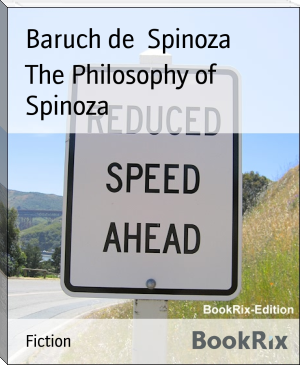 Baruch Spinoza (/bəˈruːk spɪˈnoʊzə/;[3] born Benedito de Espinosa; 24 November 1632 – 21 February 1677, later Benedict de Spinoza) was a Dutch philosopher of Sephardi Portuguese origin.[2] The breadth and importance of Spinoza's work was not fully realized until many years after his death. By laying the groundwork for the 18th-century Enlightenment[4] and modern biblical criticism,[5] including modern conceptions of the self and, arguably, the universe,[6] he came to be considered one of the great rationalists of 17th-century philosophy.[7] His magnum opus, the posthumous Ethics, in which he opposed Descartes' mind–body dualism, has earned him recognition as one of Western philosophy's most important thinkers. In the Ethics, "Spinoza wrote the last indisputable Latin masterpiece, and one in which the refined conceptions of medieval philosophy are finally turned against themselves and destroyed entirely."[8] Philosopher Georg Wilhelm Friedrich Hegel said of all contemporary philosophers, "You are either a Spinozist or not a philosopher at all."[9]