ON THE IMPROVEMENT OF THE UNDERSTANDING 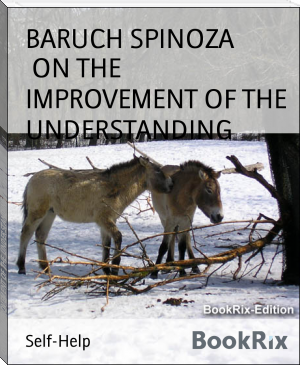 Baruch Spinoza (/bəˈruːk spɪˈnoʊzə/; born Benedito de Espinosa; 24 November 1632 – 21 February 1677, later Benedict de Spinoza) was a Dutch philosopher.[2] The breadth and importance of Spinoza's work was not fully realized until many years after his death. By laying the groundwork for the 18th-century Enlightenment[3] and modern biblical criticism,[4] including modern conceptions of the self and, arguably, the universe,[5] he came to be considered one of the great rationalists of 17th-century philosophy.