Of Sixty Years In the National Metropolis By: Benjamin Perley Poore 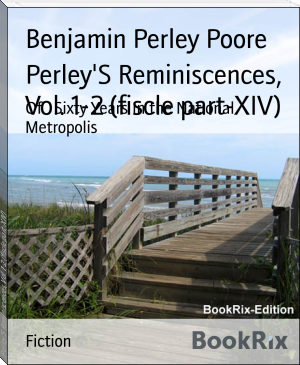 Benjamin Perley Poore (2 November 1820 – 30 May 1887) was a prominent American newspaper correspondent, editor, and author in the mid-19th century. One of the most popular and prolific journalists of his era, he was an active partisan for the Whig and Republican parties.Poore was born near Newburyport, Massachusetts to parents Benjamin and Mary Perley (Dodge) Poore on the family estate, Indian Hill Farm. His father's family were long-time residents of the area; his mother had been born in 1799 in Georgetown, a small incorporated community in the newly defined District of Columbia.