Fort Lafayette or, Love and Secession 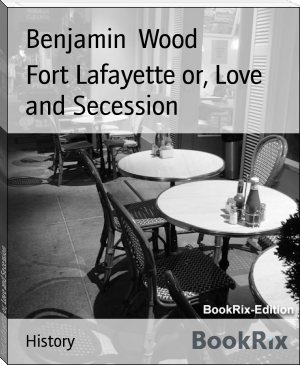 Wood was born in Shelbyville, Kentucky on October 13, 1820, and was the brother of US congressional representative and New York City Mayor Fernando Wood. The Wood family moved from Kentucky to New York City, and Benjamin Wood was educated in New York City. He entered the mercantile and shipping business, and in 1860, he purchased the New York Daily News (not to be confused with the current New York Daily News, which was founded in 1919), of which he was the editor and publisher until he died in 1900.[1]

In 1861 the federal government effectively shut down the paper (by suspending its delivery via the postal service) as being sympathetic with the Confederacy during the Civil War. Wood was able to re-open the paper 18 months later. During the interval, he wrote a novel: Fort Lafayette or, Love and Secession.