A Countess from Canada

A Story of Life in the Backwoods By: Bessie Marchant 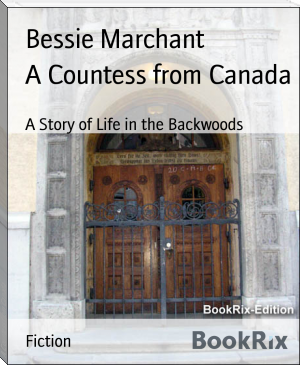 Bessie Marchant (1862–1941) was a prolific English writer of adventure novels featuring young female heroines.
Marchant was born in Kent, and despite never leaving England herself, she wrote over 150 novels set in locations around the world. She wrote in the style of the Victorian adventure novel (even being called "the girls' Henty"), but challenged established gender roles by putting strong female characters in what was seen as a boys' genre.