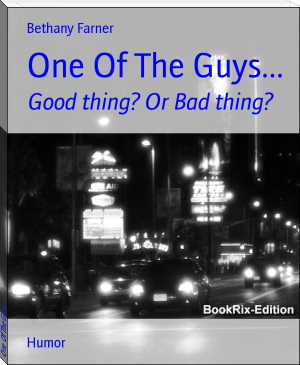 Daisy is just one of the guys. Living with her brother and six of his friends. Each one is diffrent and annoying in their own speacial way. Or that's at least how Daisy puts it. 1st up you have Daisy's brother Phillip. All star in football and extremly protective of his sister Daisy. Any guy that talks to her to him is a threat. He has dirty blound hair like his sister and green eyes like her as well. They could pass as twins if it wasn't for their age diffrence. Lonnie the down to earth and loves nature type of guy. With Jet Black hair and light brown warming eyes. Then who could forget Jerry. Mister Jokester. He's funny and will turn anything into a joke which gets him in trouble alot becuase Daisy will throw a punch at him or smack him kick him or anything else that will cuase him phyiscal pain. Richie. Hmmph what can you really say about Richie? He has red hair and deep baby blue eyes. Though this kid is obbsessed with action figures and comic books. Poor little nerdy Richie. Next in the jerk line is Bradley. Black & Green Hair... Dark blue eyes and quite a snappy attitude if I must say. All he ever says is how much he hates the world! Jerimey is actaully Jerry's brother which is a total shock! He has blound hair and brown eyes. Unlike his brother he's so so sooo Serious. Nothing is funny and we haven't heard him laugh since forever! Serious and boringness will get you no where my friend... *Trumpet Solo!!* Last but not least is Peter. My black brotha!! Hey!! (Not trying to be raises!!) He has light hazel eyes black hair but not as black as Lonnie's. Peter is like Phillip always caring for Daisy. I guess you could say he's like the mother of our little pack. Even if he is a guy. The important thing here is that no matter what Daisy does she's just one of the guys. The only problem with that is the questions is if that's a good thing or a bad thing.
~Warning Strong use Of words!~

Please update!!! Amd when you do please tell me!

She's so moody!And I wouldn't have apologized she's the one betraying him!plz update soon!

I would absolutely love it if you wrote more (:

I would very much so like it if there would be more to this story!

I Like This Book It's Very Intressting Add more Please ( :