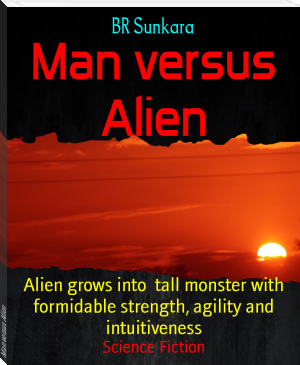 Spitzer Space Telescope have found some time back

a planet, surprisingly similar to our Earth - in a galaxy

This discovery has fascinated astronomers

because most of the planets found outside our solar

system have been 'super-earths' - planets which are

The Alien quickly grows into a seven foot tall monster

with formidable strength, agility and intuitiveness.

He attacks the engineer Isaac and disappears with his

body into an airshaft.

The commercial spacecraft INTROIND is on a return trip

to Earth with a 5-member crew. Detecting a mysterious

transmission which may possibly be a distress signal from

a nearby planet, the ship'scomputer awakens the crew

and then commander of the space ship Edgar vanished

in sitting in his seat.

Don't bite the hand that feeds you.

Isaac is not that, he is shrewd, bold and smart.

I enjoyed this story very much.