A DESCRIPTION OF ITS FABRIC AND A BRIEF HISTORY OF THE EPISCOPAL SEE By: C. H. B. QUENNELL 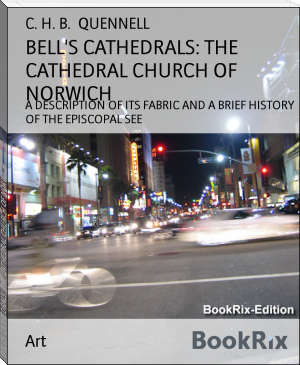 Charles Henry Bourne Quennell (1872–1935), was an English architect, designer, illustrator and writer. Quennell was the son of a builder and grew up in a house at Cowley Road on the Holland Town Estate, Kennington, London. Bourne was his mother's maiden name. He was the husband of Marjorie Quennell whom he met in 1903 at the Junior Art Worker's Guild and father of Peter Quennell. With his wife, he wrote extensively on social history.