An Account Of Two Years' Travel In The Land Of Head-Hunters Between The Years 1913 And 1917 By: Carl Lumholtz 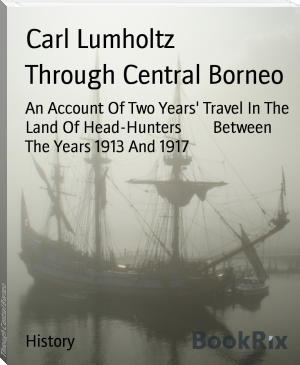 Carl Sofus Lumholtz (1851–1922) was a Norwegian explorer and ethnographer, best known for his meticulous field research and ethnographic publications on indigenous cultures of Australia and Mesoamerican central Mexico
Born in Fåberg, Norway, Lumholtz graduated in theology in 1876 from the Royal Frederick University, now the University of Oslo.

Lumholtz travelled to Australia in 1880, where he spent ten months from 1882-1883 amongst the indigenous inhabitants of the Herbert-Burdekin region in North Queensland. He wrote a book about his experience, Among Cannibals: An Account of Four Years' Travels in Australia and of Camp Life with the Aborigines of Queensland, first published in 1889, which is regarded as the finest ethnographic research of the period for the northern Queensland Aborigines.[1] Other anthropologists like Edward Bonney disregarded him because of his lack of respect for the Australian native people.