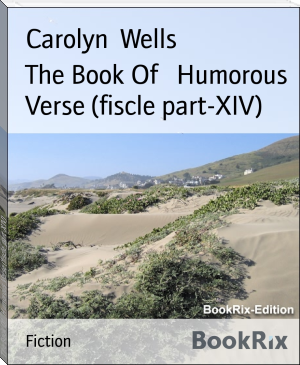 Carolyn Wells (June 18, 1862 – March 26, 1942) was an American author and poet. Born in Rahway, New Jersey,[1] she was the daughter of William E. and Anna Wells.[2] She died at the Flower-Fifth Avenue Hospital in New York City in 1942.[3]WQells had been married to Hadwin Houghton, the heir of the Houghton-Mifflin publishing empire founded by Bernard Houghton. Wells also had an impressive collection of volumes of poetry by others. She bequeathed her collection of Walt Whitman poetry, said to be one of the most important of its kind for its completeness and rarity, to the Library of Congress (New York Times, Apr. 16, 1942).

After finishing school she worked as a librarian for the Rahway Library Association. Her first book, At the Sign of the Sphinx (1896), was a collection of charades. Her next publications were The Jingle Book and The Story of Betty (1899), followed by a book of verse entitled Idle Idyls (1900). After 1900, Wells wrote numerous novels and collections of poetry.