THINK BEFORE YOU SPEAK THE THREE WISHES 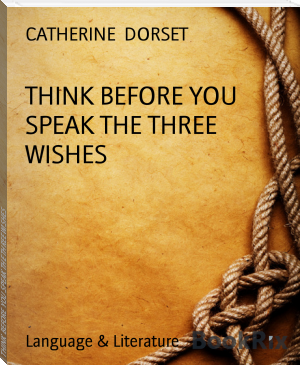 DORSET, CATHERINE ANN (1750?–1817?), poetess, was the younger daughter of Nicholas Turner, gentleman, of Stoke, near Guildford, and Bignor Park, Sussex. Her mother, Ann, daughter of William Towers, died shortly after her birth (1750?). The care of the child devolved upon an aunt. Her sister was Mrs. Charlotte Smith [q. v.] About 1770 she married Michael Dorset, captain in the army, probably son of Michael Dorset, M.A., incumbent successively of Rustington and Walberton, Sussex. In 1804 some poems by Mrs. Dorset appeared anonymously in her sister's ‘Conversations.’ About 1805 she was left a widow.

This was the lamest story ever.