St. Paul's Epistle to the Romans, Vol. I 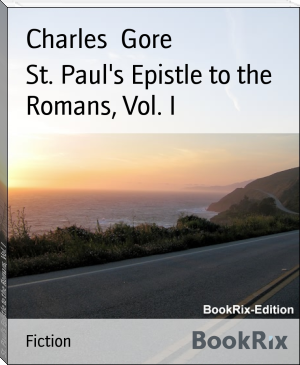 Charles Gore (22 January 1853 – 17 January 1932) was one of the most influential Anglican theologians of the 19th century, helping reconcile the church to some aspects of biblical criticism and scientific discovery, while remaining Catholic in his interpretation of the faith and sacraments.[citation needed] Also known for his social action, Gore became anAnglican bishop and founded the priestlyCommunity of the Resurrection as well as co-founded theChristian Social Union.

Charles Gore was born into an Anglo-Irish family[1] as the third son of the Honourable Charles Alexander Gore and Augusta Lavinia Priscilla (née Ponsonby), a daughter of the fourth Earl of Bessborough. His eldest brother, Philip, became the fourth Earl of Arran, and his brother Spencer was the first winner of the Wimbledon Championships.

Gore's parents sent him to Harrow School, London,[1] then to Balliol College, Oxford, where he supported the trade-union movement.[2]