Books for Children The Works of Charles and Mary Lamb, Vol. 3 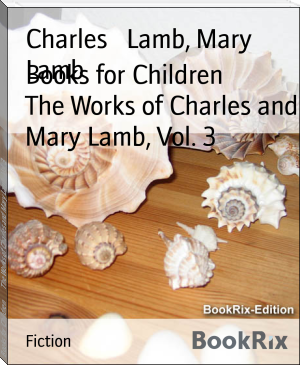 Charles Lamb (10 February 1775 – 27 December 1834) was an English writer and essayist, best known for his Essays of Elia and for the children's book Tales from Shakespeare, which he produced with his sister, Mary Lamb (1764–1847).

He also wrote a number of poems, and was part of a literary circle in England, along with Samuel Taylor Coleridge and William Wordsworth, whom he befriended. He has been referred to by E. V. Lucas, his principal biographer, as "the most lovable figure in English literature".[1]