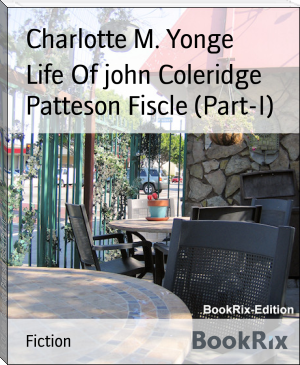 Charlotte Mary Yonge was born in Otterbourne, Hampshire, England, on 11 August 1823 to William Yonge and Fanny Yonge, née Bargus.[1] She was educated at home by her father, studying Latin, Greek, French, Euclid and algebra.[2] Her father's lessons could be harsh:

He required a diligence and accuracy that were utterly alien to me. He thundered at me so that nobody could bear to hear it, and often reduced me to tears, but his approbation was so delightful that it was a delicious stimulus... I believe, in spite of all breezes over my innate slovenliness, it would have broken our hearts to leave off working together. And we went on till I was some years past twenty.[3]

Yonge's devotion to her father was lifelong and her relationship with him seems to have been for her the standard for all other relationships, including marriage.[4] His "approbation was throughout life my bliss; his anger my misery for the time."[5]

She was born into a religious family background, was devoted to the Church of England, and much influenced by John Keble, Vicar of Hursley from 1835, a near neighbour and one of the leaders of the Oxford Movement. Yonge is herself sometimes referred to as "the novelist of the Oxford Movement", as her novels frequently reflect the values and concerns of Anglo-Catholicism. She remained in Otterbourne all her life and for 71 years was a teacher in the village Sunday school.[6]