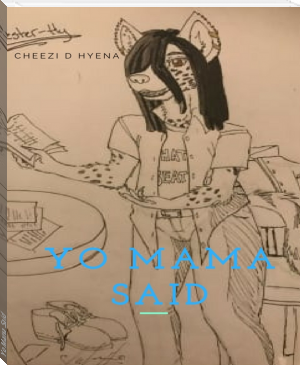 Cheezi Dellbrecko Hyena, known mainly and formidably by his official moniker, Samantha Komodo; formerly known by his past pen names of Aaron
Solomon, and Mwezi Desoto, is a male spotted hyena (choosing to reincarnate into a Spotted Hyaenidae as well) and an African rapper/lyricist.
He has been writing series of more than many fiction/action/thriller series
book since the tender cub age of five; with his most famous hits apparently
being "Lone Wolves" and her most recently self published, all anti-villain
main cast crime drama saga, "Lobo Thunder/The Hystericals". So far, his
current writing ambitions include writing to express not only his
own physical emotions into her works, but also those maybe of other animal
beings around him in the world as well.