4 bears, 1 journey of a lifetime By: Chocolatemeerkat 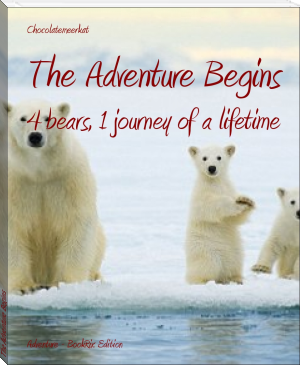 Sillack is a polar bear cub, living with her ill mother. But Sillack knows that her mother is on the brink of death, and that she must stay strong if she is going to survive.

Rapanack is a young brown bear cub, living alone since his mother died several moons ago. But a strange bear threatens his survival, and Rapanack may have to fight for his life early.

Basheem is a black bear cub, living by a BlackPath for as long as he can remember. Little does he know that the flat-faces are watching him closely, and he may have to leave his territory to escape their eyes.

Eskianna is a pretty polar bear cub, living with her brother and her mother. But when Eskianna and her brother discover a terrible secret, her life changes forever...


This Book is Part of a Series "Seekers"
All Books in this Series:
Read Book Download
Keywords:
Seekers, Chocolatemeerkat, Bears, Adventure, Lies
Posts and Comments