The Sword of the Sun God 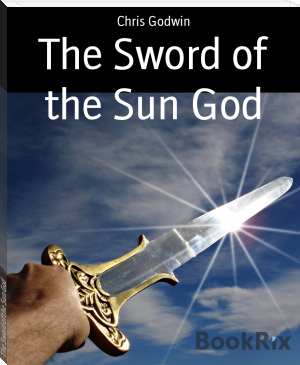 His mother had been a hero. She lost her life saving a young girl from demons when Raloric was a child.

His father and stepmother had been heroes. They died from the wounds they received saving a village from ogres, leaving Raloric to raise his half-brother.

His half-brother had been a hero too, falling to a kobold ambush while attempting to rescue a child that had been kidnapped.

Raloric didn't want to be a hero. He just wanted to protect what was left of his family, the widow his brother had left behind and the daughter his brother had never gotten to meet.

Fate doesn't always give you what you want though. Raloric’s unique history made him essential to our mission.

As you search for the sword you will find new companions along the way, but without the lost one to guide you, all is lost.

Raloric seemed so out of place that I couldn't imagine he wasn't the lost one the seers spoke of. There was only one problem. He seemed content to hide away in this backwater village, pretending to be nothing more than a simple hunter and scout. Make that two problems, we were running out of time. We only had six months before the Prince of Demons was reborn, and without the sword, we had no hope of standing against him.