Part 1 Of The Xaos Saga By: Chris Harris 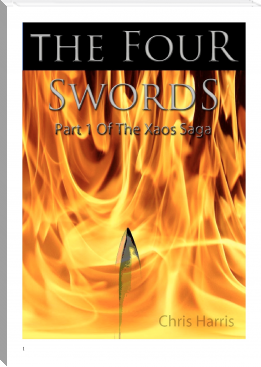 The Hades Gate is slowly unlocking, as it has been for centuries, and only the shattered remains of the Blade Of Olympus, or The Four Swords, as they are better known, can seal the Gate for eternity when gathered and combined. However, as ever, things are not that easy. Dark forces in the name of Blue Cloud, the son of Hades, stir and plot to use the Cornopticus, an item capable of destroying the remaining Olympian Gods and absorbing their souls, to his own vile misdeeds. And then there are the Enfocers, a band of mercenaries once compiled by the Galactic Government who, in the government's untimely absence, appear to be working on nothing but gathering the swords. . . Even if they must destroy Earth to do so. . .


This Book is Part of a Series "Xaos Saga"
All Books in this Series:
Read Book Download
Keywords:
Myth, legend, war, action, adventure
Posts and Comments

Thank for the kind words, and taking the time to read it!

There are not many books at this level, in my opinion, on bookrix.
There are only a few books that are about this level of writing, again in my opinion. About. I didn't say higher or lower or the same. I typed
ABOUT.
Thanks for writing this series,
Happyloser

I love this! Your imagination, writing, style and humor are amazing! I'm not done reading it yet, but had to stop long enough to tell you how much I'm enjoying your story. Well, back to it now...