Tell Me When it Hurts 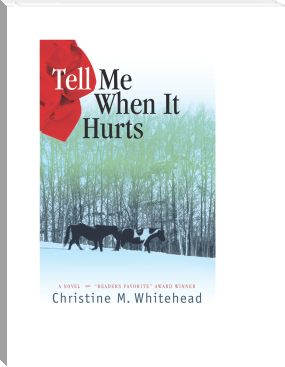 Archer Loh, Ivy League grad and Olympic rider, has been carefully groomed to be a government assassin but, at the moment of decision, she instead chooses law school, her college sweetheart, and a quiet life in Connecticut, leaving her violent apprenticeship behind as her own little secret. When her only child is murdered and the killer goes free on a technicality, Archer ditches family, career, friends and horses to find justice. Brushing up on her lethal skills, and aided by a shadowy and well-heeled vigilante group, she tries to find meaning in her pain and a reason to keep taking another breath by implementing private retribution. At her lowest ebb, Connor McCall, Harvard-educated financial baron turned Wyoming sheep rancher, stumbles into her life, bringing with him his own demons. And everything changes.