Cognition based on Quantum Gravity

The Interface of Physics towards Philosophy By: Claus Birkholz 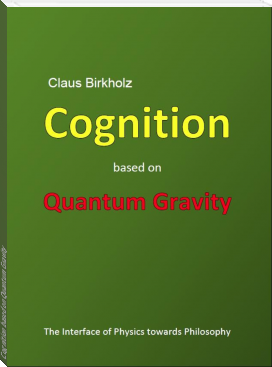 Philosophy would not be worth a penny if it would be contradicting natural sciences, and the same holds true for the sciences if they would be in conflict with nature. The claim of natural sciences is it to map nature. For consistency, hence, the author, here, is outlining the last frontiers fundamental physics, actually, is disposing of.

This interface of physics towards philosophy is based on cognition gained by Quantum Gravity, the consistent unification of Einstein's General Relativity with Planck's quanta and Gell-Mann's quark model. The quantization of Einstein's curvilinear space-time is giving rise to a completely novel level of a "hidden" structure far below the level of quarks and leptons, which, in accordance with Bell's no-go-theorems, is leading to the statement that our world in its interior should be "absolutely" deterministic: the postulate of a free will to exist is strictly contradicting the rules of nature - provided there are any.

All those great puzzles we are confronted with by recent research - from dark matter, dark energy, cosmic inflation, the composition of the cosmological constant, etc., until down to the quark confinement and to the value of the fine-structure constant - are solved; the interior of a black hole is calculated. Nature is going to release its ultimate secrets.

The layman going to delve into those depths of present-day cognition is well-advised to admit some leisure-time while absorbing all those exciting facts nature is offering to the interested reader.