Dawn of Cognition By: Claus Birkholz 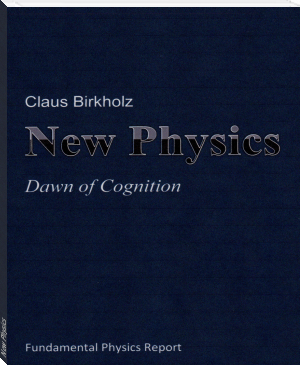 The "Standard Models" out of date and inconsistent, and string/brane models still "beyond" them - long since they reached their ends. A New Physics must come.

Marrying Planck's quantum theory with Einstein's General Relativity, the author is presenting a consistent Quantum Gravity. Its extension to a "Grand Unification" of all forces of nature emerges as a quantum field theory in a fully quantized, "background-independent", bent space-time.

Dark Energy, Dark Matter, hadron and lepton flavours, the details of Einstein's cosmological constant, and much more is dropping out by the way. The quark confinement, the physics before the Big Bang, and a lot of old problems of fundamental physics are dissolving to nothing, explaining themselves as self-evident properties of nature.

Future starts to-day. Come along on the journey!

Main target groups: Students, physicists, mathematicians, but also people interested in philosophy or with an inclination to leave the beaten dead-end tracks of actual fundamental theories of the old style in favour of more promising, novel ways out.