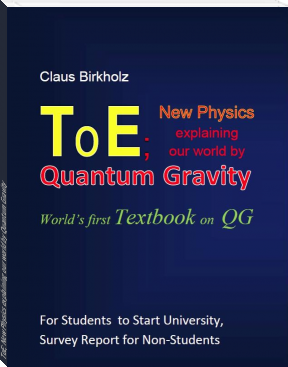 Space, time, matter - what really is all that? What are charges, what flavours? What is preventing time from running backwards? Quantum Gravity is describing all that - consisely, comprehensively, to the point. The Grand Unified Theory (GUT = ToE = "Theory of Everything"), finally, is caring for the rest by relating all forces of nature to each other.

Parities are the peep-holes into strange worlds before the Big Bang and beyond the event horizon. Everything is calculable, even the transitions there. By working out the value of the fine-structure constant, theory opens to recognizing Dark Matter as the cradle of visible matter; the GUT is demonstrating birth and properties of ordinary matter out of Dark Matter and by what its creation process is stopped again.

A totally novel assessment is arising with respect to neutrino oscillations. Pauli's principle explains physically. Einstein's cosmological constant is demystified. Dark Energy, cosmic inflation, the number of dimensions we are living in are not any more dully accepted from outside - theory is deriving all that.

As a matter of fact, the gateway to developing Quantum Gravity has been widely open since Einstein, Planck, and Dirac. Only, nobody has passed its threshold; nuclear fission had changed priorities. Then, Gell-Mann had knocked at the door of the GUT. This time, however, it was the "Standard" model to crash the door back into its frame, and the string model sealed the lock.

- Meanwhile, the model succeeded in smuggling into the open underneath the feet of its jailers, ready for being applied more extensively.